One of the messages I try to get across to young swimmers is this: You can’t study while you’re swimming. In fact, your brain could use some rest from the books. It’s a simple concept: Focus on what you’re doing while you’re doing it, and try to shut out all the other things until it’s time to focus on them. If you can develop this kind of razor-sharp focus, you’ll do each thing much more effectively. 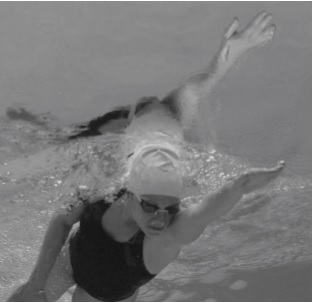 I’ve learned things mostly through experience, or from watching. I’ve got a tremendous amount of experience in this, and I usually learn best when things are going wrong. I’ll give just a bit of background. I was the only kid in my family not to make National Honor Society. I was an OK student, but man I wanted to swim. So I’d train and train, not worrying about my grades until the end of the semester reared its ugly head. It was only then that I realized I had to buckle down. So I’d start cramming. I’d read as much as I could, and when I realized I was way behind, I’d start to worry. When it was time for practice, I’d head to the pool, jump in, and worry about how far behind I was in school. I was so concerned about grades that I wasn’t really training. I was just going back and forth thinking about math and history and English – all in a big jumble in my head. Of course, my performance in practice would suffer. Then I’d race back home after practice to hit the books. But wouldn’t you know it…all I could dwell on was the terrible practice I’d just had. I had it all backwards. I’d think about swimming while I was supposed to be studying, and I’d think about studying while I was supposed to be swimming.

It’s so easy to see the pattern now that I’m older. (Wisdom comes with age, and parents are much smarter than kids give them credit for.) It’s not productive to cram for anything – whether it’s a final exam or a championship swim meet. It’s so much easier to start early, and to find time to focus each day on each of the things that matters in your life, whether it’s swimming or school or friends and family. If you make it a habit to wait till the last minute and have to cram for finals, you’re exactly like the athlete who gets committed to training two weeks prior to the championship meet. I’ve seen it a thousand times! With the big meet coming up, everyone starts to focus and panic a bit. They try to cram in all the technique, training, and knowledge about their race as possible. It’s like the night before your final in Econ…your freshman year in college…the time you had a bad grade average and had to do great on the test…or it was summer school.

If you have to cram for everything in your life, it usually means you aren’t prepared, and that you need to work on your ability to focus. If you actually follow along with the timeline, and focus on the thing you’re doing while you’re doing it, you’ll find that everything starts to work better. When you swim fast, you feel better. Whenyou feel better, you gain selfconfidence. When you’re self confident, you feel smarter. The reverse can happen as well. If you’re caught up in school and doing well, the success will carry over into your swimming. It’s all tied together. Success breeds success.

With a few months yet to go before the end of the school year, there’s still time to start studying now so you don’t have to cram for exams. It’s easier if you focus on one subject at a time. The same thing goes if you’re headed into championships in swimming. Success is all about focus and preparation. It’s about having a plan, and doing your best to start that plan as early as possible.

Glenn Mills, a member of the 1980 US Olympic Swim Team, is founder of GoSwim.tv. Check out his website and technique videos at www.goswim.tv. 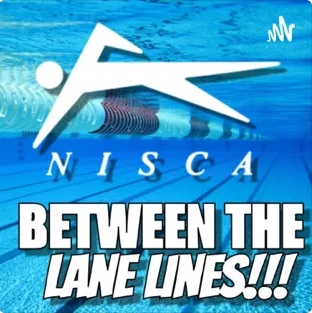